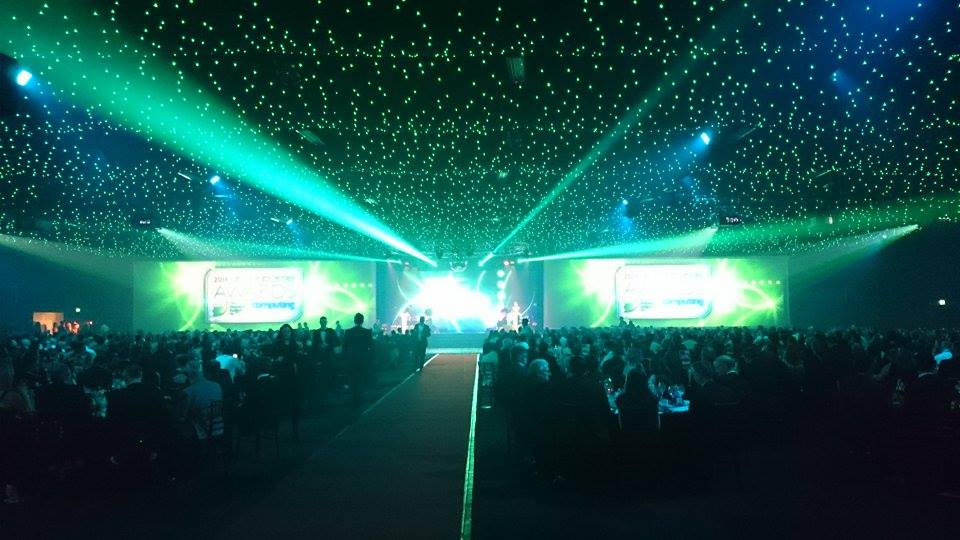 The 2014 UK IT Awards was a true spectacle…you basically had to see IT to believe IT (see what I did there)!

With a background in events, I thought I had seen it all in terms of award shows but somehow, the UKITA managed to take it up a notch. The venue, Battersea Park Events Arena, is an amazing space and the thousands of twinkling lights draping the ceiling set a distinctly magical tone. Guests dressed up to the nines were treated to Champagne and delicious canapes before sitting down at their bountiful tables and joining their charming dinner companions.

Mind Orchard attended as the proud creators of "Santa's Next CIO" animation, part of Computing and Intel's exciting competition to find a new recruit to handle Santa's Big Data. Yes, I am aware that the wording may be a little bit risque and I am not even sorry. With a weekend in Prague as the coveted prize, the competition got everyone excited, as did the amazing silent auction for charity. The weird and wonderful items open to the bidding included some time with Usain Bolt (still not sure whether it was dinner, a race or a heart to heart), Cristiano Ronaldo's boot, One Direction autographs, a Chris Froome wall plaque and many such wonderful items.

As the Champagne flowed and the delectable food was served (my favourite was the red mullet starter), friendships flourished, selfies were snapped and tweets populated the vibrant Twitter wall hosted by Accenture.  And all this before the awards ceremony had even started!

…Enter sarcastic, wry and dry Yankee comedian, Rich Hall! Set him loose in a room filled with the IT crowd and the results are nothing short of belly laughs, raucous cheers and plenty of elbow nudging. He may well be the best awards show host I have ever had the pleasure of seeing. And you can tell him I said that. I know my comedy and I know my award shows therefore I am an expert critic of award based humour. So there!

Sadly, before the clock struck midnight, the MO team had to dash and catch the last train back to old Brighton or we would have been stranded. We would also have turned into pumpkins and dancing is hard as a pumpkin. Had it been Halloween we would have had an excuse but on the 12th of November…not so much.

What we took away from the evening was the following:

– IT is fun
– IT folk are hilarious
– Rich Hall needs to be experienced
– Mind Orchard makes great animations that look great on big screens
– Southern Rail need to add more late night trains to Brighton
– We want to go again next year!