The Characters and the Shapes

I love dinosaurs, I mean come on, who doesn’t? I’ve never seen one though… which is a shame because they’re at the Natural History Museum, only about an hour down the road. Well that was untill last weekend, when Pixar came to town to hold a story, character and animation masterclass.

Over the course of a weekend I’ve now been able to fulfil two life long dreams:

1-Learn about animation and design from the foremost authority on the subject.

2-Take a selfie with a T Rex. 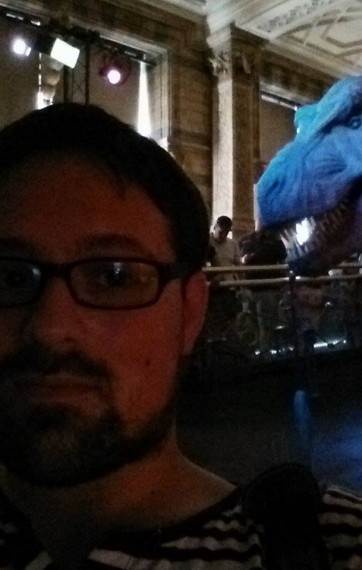 Now we’ve got the dinosaur selfies out of the way, I’d like to take a bit of time to talk about some of the awesome ways Pixar approaches character design, and what techniques influence their design process.

Simplifying it down, Andrew Gordon, Directing Animator at Pixar, explained that there were some  fundamental techniques that as designers, we perhaps take for granted but is something we can really benefit from remembering when approaching a new project. In this case, I’ll be discussing the use of simple geometric shapes to determine a characters design.

Imagine an old cantankerous man stuck in his ways, with no intention of moving physically or emotionally, belligerent and solid in his belief. Now, if I told you to associate a shape with these adjectives what would it be? Seriously, think about this before reading on!

The answer (or at least the most commonly accepted one) is a square. Squares are hard, rigid shapes that represent solidity and a lack of motion. They can be interpreted as boxes which hold items and can be seen as a safe shape. Even when thinking about storing an object, you instantly associate putting that object into a box. And that box.. well that’s just a cube.

An Animated Example: Up! 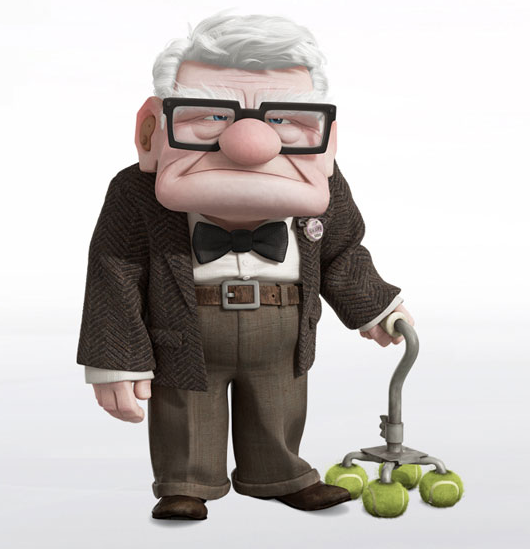 This is Carl Fredrickson. Carl, for anyone who hasn’t seen ‘Up!’ is an old man living in his house with unfulfilled dreams simply waiting to die. Carl wasn’t always like this. He had dreams, a shared one with his wife Ellie, to go on an adventure to South America. But as time went on, and Ellie passed away, Carl becomes depressed and fixture of his environment refusing to budge, even with the world around him was moving on.

Visually, Carl is also a collection of cubes compiled into the body of an old man. His shape and design fit his personality perfectly! As an old man with limited mobility, a cranky demeanour, and a great pair of specs Carl is a perfect example of Pixar’s design work, visually representing to the viewer his personality through simple design. Of course there’s more to it than the simple geometric shapes. The fashion sense, expressions and accessories all make Carl who he is, however it does go on to illustrate a really simple point: the importance of using simple geometric shapes to determine a character.